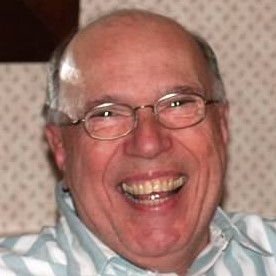 Jerry Marcus, born and raised in Brooklyn, NY, passed away at the age of 87 from complications of Parkinson’s disease. He attended Brooklyn College for his undergraduate education and earned an MA at Tufts University. He served in the U.S. Army Reserves as a Captain and Executive Officer of a field hospital, early in his long and successful career as an educator.

Jerry began his time in the education profession as a biology teacher and guidance counselor on Long Island. He eventually used his people skills to become a school building administrator and eventually a well-respected and sought-after superintendent of schools including in Franklin, MA, White Plains, NY, and Ridgefield, CT. Along the way, he earned his doctorate from Teachers College, Columbia University. He was a pioneer in the 1980’s advocating for and implementing racial integration programs and parent choice programs in White Plains. He also taught numerous college classes. Jerry was twice recognized as one of the top 100 Education Executives in North America by the National School Boards Association and was hand-picked by the New York State Education Commissioner to help review education practices in NY. In retirement Jerry returned to his roots, offering college counseling services and executive education mentoring. He also enjoyed attending to his extensive flower garden, social time with family and friends, and especially, snuggles with his grandchildren.

Jerry is survived by his wife Ann of 54 years, his two children, Alan and Lisa, his son-in-law Kit, his daughter-in-law Rochelle, and four grandchildren, Sydney, Samuel, Kasey, and Sophie. He will be remembered for his quick wit, warm smile, dedication to family, holding himself and others to honesty and compassion, and his homemade ice cream.