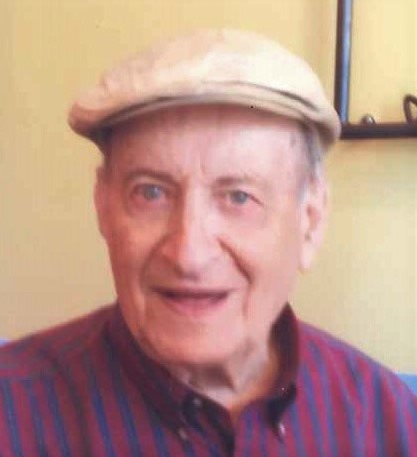 Cashook, Hyman of Randolph, formerly of Quincy, on July 4, 2021. Beloved husband of the late Thelma (Rothenberg) Cashook and loving father of Jay Cashook & his wife Alisa Shapiro and the late Susan Cashook (Kaplan). Cherished grandpa of Toby and Sam. Dear brother of the late Maurice Cashook, the late Lee and Charles Blend, and the late Tammy and Sam Berger.

After his discharge from the Army he opened his own watch repair shop in Taunton and later retired as a clerk for the US Postal Service with 25 years service. He and his son Jay shared a passion for trains, volunteering as trolley crew at the Lowell National Historical Park and travelling to weekend train shows. Hy also had lifelong friends from his Quincy Point youth as well as those he made through train shows. Hy had a mechanical engineer’s mind, focusing on what could be fixed, rather than replaced. He was independent through and through, even so far as installing his own window AC unit at age 95, much to his family’s chagrin. He will be cherished and dearly missed.

Donations in Hy’s memory may be made to the American Heart Association.