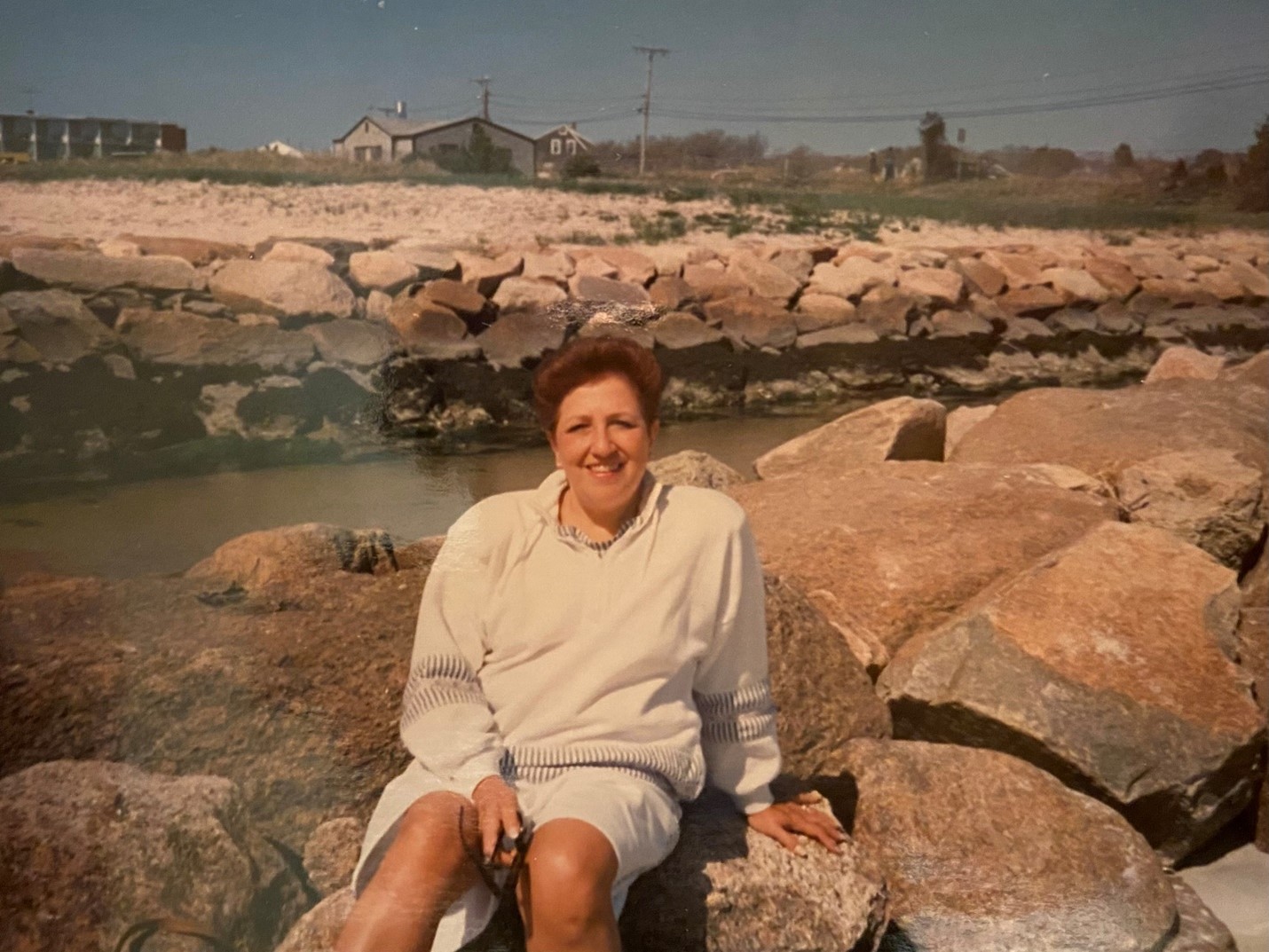 Elizabeth “Betty” Markonish-Goober passed away on November 4, 2021 at the Life Care Center of West Bridgewater after a long battle with kidney disease. She was 77.

Betty’s life story is a remarkable one, full of several challenges but also so much joy. She was born on April 17, 1944 in a Russian labor camp, where her family was placed after fleeing their shtetl of Eishyshok (now Eisiskes, Lithuania) during the Second World War. Shortly after the war ended, Betty  and her father Moshe, her mother Fanny, and her older brother Robert headed west, spending time in a displaced persons camp in Germany before arriving in America, landing first in New York City before heading north and settling in Boston. Betty grew up in the Blue Hill Avenue area of Boston, where she went to school at Jeremiah E. Burke high school and made many lifelong friends. It was here that she met her future husband, Robert “Mac” Markonish, bonding with him over their shared love of such jazz artists as Nina Simone and Miles Davis. Both Betty and Mac would carry this love of music and the arts throughout their lives, passing it on to their children and grandchildren. After the birth of their first son, Philip, in 1966, Betty and Mac moved to Brockton, where they would settle down and raise two more children, Ross (born in 1971) and Denise (born in 1975). During this time, Betty worked as an administrative assistant at various businesses in the area while also raising her own children and serving as honorary mom to several neighborhood kids, many of whom called her “Mama Betty.”

After Mac’s death due to pancreatic cancer in 1988, Betty took a job as an administrative assistant at the Parexel Corporation in Waltham, where she worked until retiring in 2000. It was during this time that she met her second husband, Mel, whom she would marry in 1994 and spend the rest of her life with. Though she struggled with the death of her son Phil in 2010 as well as her own health issues, Betty’s time with Mel was full of joy and love.  With Mel by her side, Betty was able to indulge her love of travel, going on several memorable trips to Europe, Israel, and Hawaii. Most importantly, she loved spending time with her ever growing family, including her grandchildren Alex and Luke, her step-grandchildren, Elyse, Ben, Scott, and Janice, and her step-great-grandchildren, Esther Bayla, Ashira, and Shmuly. To Betty, family was everything, and nothing made her happier than to have a house full of children and grandchildren on the holidays or other visits.

When not visiting with family or traveling, Betty had many hobbies and interests. She was an amazing cook, with her recipes for such Jewish delicacies as knishes, blintzes, latkes, and matzo ball soup being highly coveted by friends and family alike. Betty was also an incredibly gifted artist, winning several local art awards as a teenager and continuing to draw and paint throughout her life. Even with her health declining, Betty found time for her art, finding peace, comfort, and beauty in the adult coloring books that she loved to complete, filling them with beautiful colors and intricate design.

Throughout her life, Betty touched so many people with her kindness, her generosity, her sense of humor, and her love. She truly was a “mother to all,” leaving behind a legacy that will continue to be felt long after her passing.

A ceremony in honor of Betty’s life will be held on Sunday, November 7th at 10am at the Schlossberg Memorial chapel, 824 Washington Street, Canton, MA, followed by a private graveside service.

In lieu of gifts or flowers, the family asks that donations be made to the Massachusetts Museum of Contemporary Art (MassMOCA): https://massmoca.org/ways-of-giving/

A ceremony in honor of Betty’s life will be held on Sunday, November 7th at 10am at the Schlossberg Memorial chapel, 824 Washington Street, Canton, MA, followed by a private graveside service.

In lieu of gifts or flowers, the family asks that donations be made to the Massachusetts Museum of Contemporary Art (MassMOCA): https://massmoca.org/ways-of-giving/