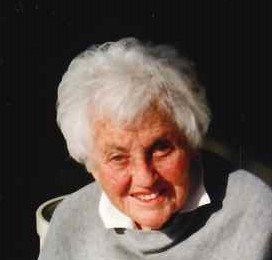 Hooky was an activist in the Boston area for social rights and public health. She grew up in Brookline and attended Simmons College School for Social Work. During the 1950s she worked with Ehrmann on abolishing capital punishment in Massachusetts. During this time, her name was Carolyn W. Mork. Her first husband was Arnold P. Mork. She later remarried (Melvin Darack) after Arnold passed away at an early age. She served as director of Heart Information Services for the Massachusetts section of the American Heart Association. In 1966, Carolyn became the Executive Director of the Massachusetts Health Council. She also helped to found a number of organizations and groups including the Newton Senior Service Center, the Hospice of the Good Shepard in Newton, the Coalition organized for Health Education in Schools (COHES), and the Public Health Museum in Tewksbury. More recently, she was appointed member of the Advisory Council of Health of the City of Newton. During her time at Orchard Cove, she served on the Health Committee and as co-chair of the Residents Association as well as working at Canton election polls and participating in numerous food pantry walks.

A memorial service to honor Hooky will be held after Labor Day at Schlossberg & Solomon Memorial Chapel, Canton, Massachusetts.

In lieu of flowers, remembrances can be made in Carolyn’s (Hooky’s) name to The Orchard Cove Scholarship Fund, 1 Del Pond Drive, Canton, MA 02021.

A memorial service to honor Hooky will be held after Labor Day at Schlossberg & Solomon Memorial Chapel, Canton, Massachusetts.