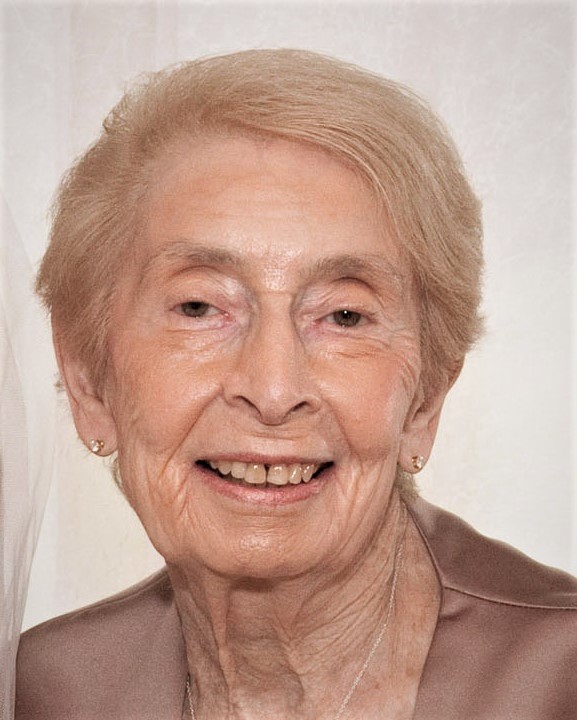 Zelda F (Freedman) Whitestone, a longtime resident of Norwood, MA, passed away peacefully at Ellis nursing center in Norwood at the age of 99.  Born August 29, 1921 in Chelsea, MA, she was the daughter of the late Nathan Freedman and the late Anna Freedman.

Upon completing her education, Zelda met her late husband Kenneth M. Whitestone. They were married in1943 and raised two children.  Zelda and Kenneth spent 59 wonderful years together before his death in 2002.  Zelda worked for the home for little wanders for many years.  Zelda and Kenneth were actively involved with Temple Shaare Tefilah and she belonged to the sisterhood of the temple.  Zelda enjoyed spending time with her family and loved playing Mahjong with her friends.

Beloved mother, Zelda is survived by her children Barbara (Whitestone) Balliro and her husband William Swenson III of North Attleboro, MA, and Lawrence Whitestone and his late wife Maureen Whitestone of Port St Lucie, FL. She was the proud grandmother to Jamie Fonseca and her husband Brian, and Michael Balliro. Zelda leaves behind 4 great grandchildren.  She was the loving older sister to Doris Schneider and her late husband Jack of Malden, MA, and George Freedman and his wife Loraine of Peabody, MA.  Zelda leaves behind many nieces, nephews and dear friends.

Due to the Covid Restrictions, a private graveside service will be held on February 12, 2021, at 11 A.M. at the Sharon memorial Park in Sharon, MA.  An attempt will be made to virtually broadcast the service.  Additional information will follow.

In lieu of flowers, donations can be made to the home of little wanderers at thehome.org.