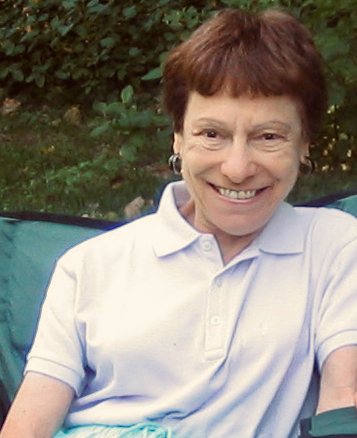 Maxine Edelman, of Walpole, MA, born: January 4, 1938, Brooklyn, NY;  died: March 18, 2021, Newton, MA, lived a life devoted to her family who, in turn, reciprocated her deep love. Maxine grew up in Coney Island, in the heyday of its Boardwalk and Beach.  Her father owned several games and a souvenir shop, where she worked after school and during Summers. It was there that she met her husband of almost 64 years, Arnold, now 84, who was working at a game next door.  Maxine and Arnold had two children, David Edelman, now 59, and Joan (Edelman) Landon, now 57, whom they raised in Brooklyn. Maxine took classes at Brooklyn College for a while, and then started on her career as a secretary in the New York City public school system, culminating in her role supporting the principal of Washington Irving High School near Union Square in Manhattan. Maxine was a lover of the arts, taking her children to theater, concerts, and museums, while passionately following current events and politics all through her life.

Both David’s (wife: Miriam Adams) and Joan’s (husband: David Landon) families eventually settled in the suburbs of Boston. Maxine and Arnold moved up to Walpole when they retired in 2002, to be near them and their five grandchildren: Rachael (Landon) Berger 29, Claire Edelman 28, Jennifer Landon 27, Matthew Edelman 26, and Andrew Edelman 21.

Maxine drew her unflagging energy from interacting with her family, and was always interested in others. A role model as a wife, mother, mother-in-law, and grandmother, she will be sadly missed by the wonderfully tight family she and Arnold have built.

The family asks that donations in her memory go to the Michael J. Fox Foundation for Parkinson’s Research.