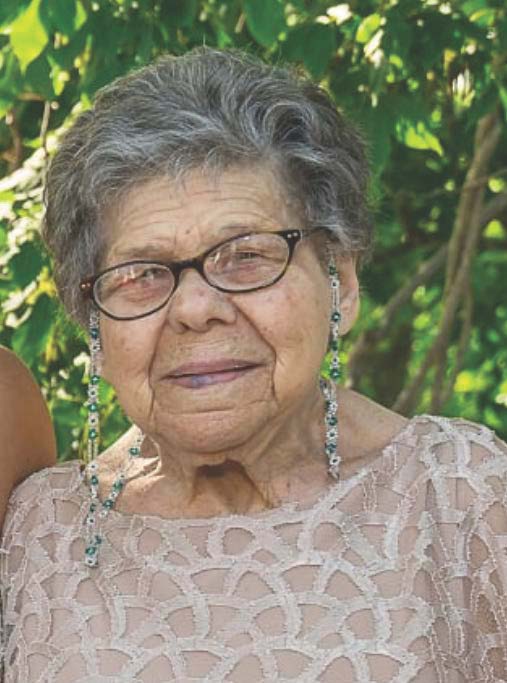 Esther Ann Silverman Kramer of Randolph MA, formerly of Sharon MA,
passed away on February 17, 2020 at 93 years old. Devoted daughter of
the late Isaac and Rose (Berman) Silverman. Beloved wife of the late
Morris “Bill” Kramer. Loving mother of Sage Cohen and Richard Kramer
and his wife Jackie Chados. Cherished grandmother of Sarah, Melanie,
Ilana, and Hannah and great-grandmother of Mordechai, Daniel, and
Lily. Dear sister of Joan Wolf and the late Sarah “Sally” Baler,
Arlene Brown, and Miriam Kolbe. Service at Schlossberg Family’s
Chapel on the Hill, 824 Washington Street, Canton on Wednesday,
February 19th at 1:00 pm. Interment to follow at David Vicur Cholim
Cemetery, 776 Baker Street, West Roxbury. Memorial Observance at her
late residence immediately following the burial. Donations in her
memory may be made to the Parkinson’s Foundation.

Esther was born in Boston 1926, the second of five girls. She and
Bill married in 1951 and established their first home in Revere,
followed by Dorchester, and finally Sharon. They enjoyed decades
together with their nearby, four granddaughters, Sarah, Melanie,
Ilana and Hannah. Esther was thrilled to dance at the weddings of
Sarah and Yehuda, Melanie and Ethan, and Ilana and Allen, and to
celebrate Hannah’s engagement to Reilley. Her three great
grandchildren, Mordechai, Daniel, and Lily added to her joy.

Esther always looked forward to her weekly phone calls with her
sister, Joan, of Salt Lake City. They would talk about the weather
and family and health and books. Esther enjoyed reading the books
Joan recommended.

Bill and Esther were seldom apart and made many trips together
throughout the USA and the Caribbean. After Bill passed, Esther began
to travel abroad with her daughter. She moved into her own apartment
at the Simon Fireman Community in Randolph. She made many close
friends there and treasured the time she spent with her late
brother-in-law Ubby who also resided there for a time.

Esther worked in child day care for may years. She loved working with
the children and the children loved her.

Esther loved celebrating the Jewish holidays with her family. She
would make kneidlach and chicken soup for Shabbat dinner and all the
best treats for Passover: mandel bread, Passover rolls, sponge cake.
Rosh Hashanah was synonymous with her honey cake. The Hamentashen
production was a family favorite activity. And for any other
occasion, her famous lasagna and brownies would always be on the table.

She will be missed by all the many people she touched. Her kindness,
acceptance, and unconditional love will be carried forward by her
succeeding generations.

Donations in honor of her memory may be made to the Parkinson’s Foundation.