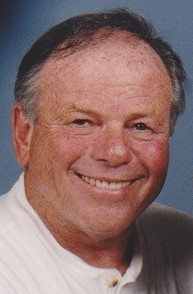 Edward Berger of Ormond Beach Florida passed peacefully on January 13th in Florida with his family around him. Born December 12th, 1941 in Dorchester and brought up in Milton, Ed went into the family auto supply and machine shop business in South Boston after serving in the US Air Force. Soon after marrying in 1963, Ed moved to Stoughton Mass where he brought up his family. In 1987 he moved permanently to Florida. Predeceased by his beloved wife Beverly Morris Berger, his parents Henry Berger and Minnie Fradine Berger and his brother Ronnie who is survived by his wife Maryann. Ed was a loving brother to his sister Nancy Wluka & her husband David of Sharon Mass and loving father & father-in-law to his daughters, Suzanne & Robert Goldberg of Flagler Beach Florida, Julie & Jim Morrissey of Franklin Mass, and Sheri & John (of Blessed Memory) Barry also of Franklin Mass. He cherished his grandchildren Jeremy and his wife Amber, Melissa and her husband Joe Morreale & Brielle Goldberg; Brittany & Taylor Barry and Jimmy, Michael & Lindsay Morrissey as well as his great grandchildren Luca & Kiya Morreale, Bridgette Goldberg, and James Morrissey.

Due to Covid restrictions, a private family service will be held on Sunday January 17th at Sharon Memorial Park in Sharon MA. Donations in his honor and memory may be made to the National Kidney Foundation at www.kidney.org.