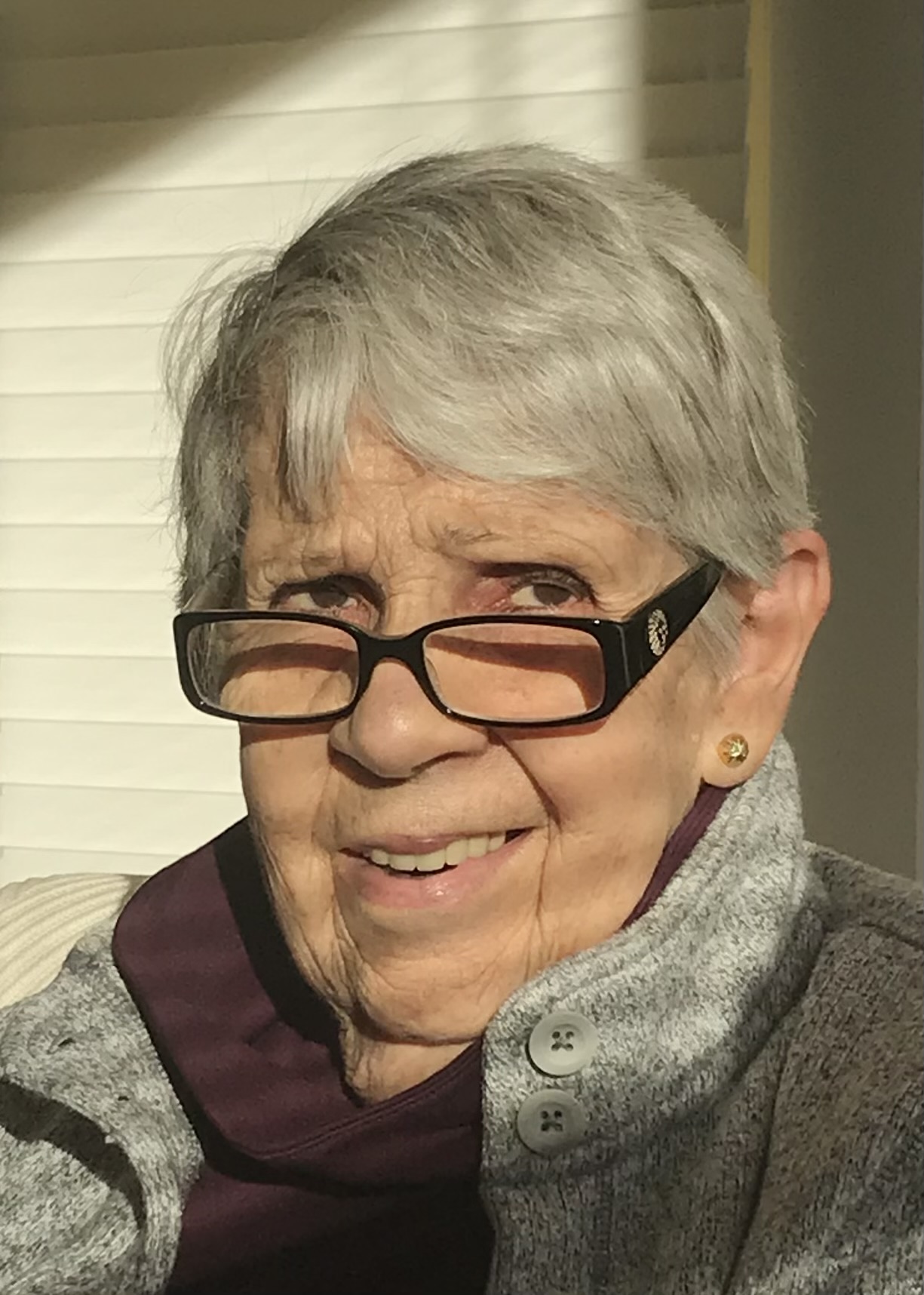 A 1953 graduate of Boston’s Roxbury High School for Girls. She met her husband, Albert, the same year she graduated from Boston University in 1957, impressing him with a speech she gave at a Temple event. They were married the following year and settled in Milton, MA where Debby immersed herself in parenting their active and growing family, their Temple Shalom community, The League of Women Voters, and other local groups, developing lifelong friendships that continued to this day. Eighteen years later, Debby and Al started a new chapter in Sharon, MA where they had more room to spread out with their expanding family. It was during these years that Debby worked alongside her husband at the family business in Norwood, Gerber Electronics. Once her youngest was in college, she and Albert began their many adventures traveling around the world up until Albert’s premature death in 1998. In 2011, Debby moved to Newbridge on the Charles in Dedham, MA and she continued to make lasting friendships within the new community. It was here she embarked on her final chapter surrounded by all four of her children and their families who live nearby.

Like many women of her generation, her career ambitions were limited, and she didn’t have the professional opportunities she wished for herself. So, she was doubly proud of her kids and triply proud of her grandkids’ accomplishments. Her “trophy wall” included mugs from every college attended, grandchildren’s artwork, handmade cards, and copies of newspaper articles and essays they wrote. She particularly encouraged her daughters and granddaughters to take advantage of every educational and professional opportunity that she hadn’t had the chance for.

The high point of every year was the vacation week on the cape when all of the families converged in a single place to swim, boat, make sandcastles, and, most importantly, eat lobsters. Even when she was not easily able to get down to the beach with everyone, she would sit on the deck and read her newspaper, and thoroughly enjoyed watching her sons and sons-in-law taking charge of the kitchen for the week, grilling meats, and making their annual lobster fest.

Debby loved her family, newspapers, engaging political discussions, chocolate ice cream, frozen grapes, lobster rolls, Pearl hot dogs, Cape Cod in the summer and most importantly – kisses from her grandchildren. She was very loved by very many and will be sorely missed.

In lieu of flowers, please consider making a contribution in Debby’s name to mazon.org MAZON: A Jewish Response to Hunger or to a charity that you find personally meaningful.

In lieu of flowers, please consider making a contribution in Debby’s name to mazon.org MAZON: A Jewish Response to Hunger or to a charity that you find personally meaningful.