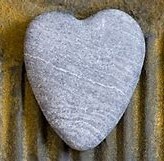 LEVENSON, Adele Beverly Segal, 89, of Mansfield and formerly of Randolph, passed away peacefully on Monday, December 13, 2021.

Born and raised in Roxbury by Abraham and Doris Segal, Adele adored her three older brothers Marshall, Wilbur, and Donald considering them to be bonus fathers.

She took pride in having graduated from Girls’ Latin School, Brandeis University, and Vassar College. She was a member of the 2nd graduating class at Brandeis, a school founded, in-part, by her maternal uncle, David K. Niles, a special aid to Presidents Roosevelt and Truman. She was later recruited to earn a Master’s degree in psychology from Vassar, years she said were “some of the best of her life.”

She met her beloved husband Albert at a wedding and they married in 1954. Together, they had four daughters; Adele delighted in being mom to Joanne, Beth, Dawna, and Amy – or JBDA to anyone who knew her… or her car’s license plate. She was also very active in Temple Beth Am of Randolph holding several positions in her synagogue before becoming one of the earliest female presidents elected and then remaining involved as a board member for many additional years.

After retiring from her career with Bank of America, she and Al loved to travel and make memories visiting places like Israel, Australia and New Zealand, and the Panama Canal, as well as many countries across Europe. They had the good fortune to celebrate 65 years of marriage before Al’s death in June, 2020.

Adele is survived by and loved by JBDA.

Graveside services and Shiva will be private.

In lieu of flowers, please send donations to The National Kidney Foundation or the charity of your choice.

Graveside services and Shiva will be private.

In lieu of flowers, please send donations to The National Kidney Foundation or the charity of your choice.